Salix Lingua offers rapid, precise and professional treatment of Danish and English texts in terms of:
• Translation from Danish, Norwegian, Swedish and Icelandic into English – and from English into Danish.
• Proofreading of Danish as well as English texts.
• Special focus on academic literature. 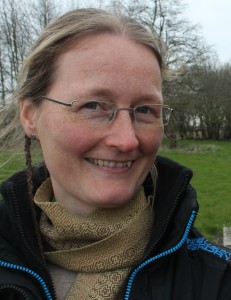 Salix Lingua was established in 2012 by Karen Bek-Pedersen.

More than twelve years of experience with English as well as Danish texts – primarily academic literature within the fields of cultural history, linguistic history, religious studies, archaeology and name studies – resulting in a reputation for efficiency and meticulousness.

Into English and into Danish from Norwegian, Swedish and Icelandic.

Between Danish and English.

More than ten years of experience with especially non-fiction and popular science – predominantly academic and popular texts relating to the humanities – always carried out with precision, diligence and determination.

Since 2004 I have published academic articles, prose and poetry – mostly in English, but also in Danish – inevitably written with enthusiasm and due attention paid to the language and the pleasure of reading.

Salix Lingua is my declaration of love to the Danish as well as the English language.

Who is behind Salix Lingua
I grew up in Denmark – taking my Highers at Fredericia Gymnasium in 1995 – and have always had a keen interest in nature, languages and history. Particularly prehistoric times, foreign cultures and the linguistic relationship between people and their surroundings continue to fascinate me. Cross-country skiing and rowing are my preferred sports. Moving through landscapes by the force of your own power is a wonderful way of experiencing nature.

In 1996 I moved to Edinburgh and studied ethnology and folkloristics at the university there. Later on, I lived and worked in Aberdeen, also at the university. Many years of living and working in Scotland have given me insights not only into Scottish and British culture, but also into Danish. You learn much about your own country by going abroad for an extended period of time.

I now live permanently in central Århus, but retain close ties to Scotland and a particular fondness for Orkney.

My research concerns primarily pre-Christian Scandinavian religion and mythology and the Viking Age in general. Other than that, my interests include Celtic mythology, Icelandic saga literature, the modern reception of Old Norse mythology, folktales and narrative traditions, ballads as well as Scandinavian and North Atlantic cultural history.
I defended my PhD on the norns and the concept of fate in Old Norse mythology at the University of Edinburgh in December 2007 – the book was published in 2011 by Dunedin Academic Press.

I regularly give talks for the public as well as at academic conferences. Topics include:

Icelandic sagas
Norse mythology
Norns and the Norse concept of fate
Fate and weaving: How does the metaphor work?
Skaldic poetry: A translator’s nightmare?
Valkyries and other weird women in Norse tradition
Text and Textile: What’s the link?
Heathen vs. Christian thought during the Viking Age
Early Icelandic History

My academic publications include: